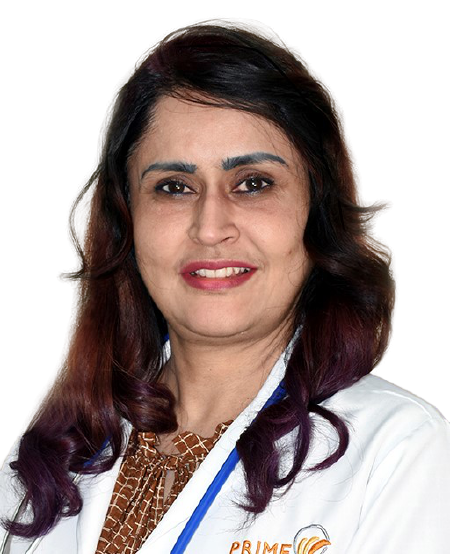 Dr. Talakere Usha Kiran FRCOG(UK), MRCOG(UK), CCT (UK), MD, FCPS, DGO is UK Certified (CCT) Consultant in Gynecology at the Prime Hospital, Dubai. Dr. Usha Kiran is trained, certified, and specializes in Minimally Invasive Laparoscopic/Hysteroscopic surgery (Level 3), VNOTEs (Scarless surgery) Urogynecology, Pelvic reconstructive surgery, and Cosmetic Gynecology. Prior to this appointment, she trained and worked in the UK for 15 years and worked as a full-time Consultant Obstetrician and Gynecologist at the Aneurin Bevan NHS Trust, United Kingdom from 2006- 2012 (6 years) and as a Unit head and Associate Professor at the JJ group of Hospitals, Grant Medical College, Mumbai from 2013-2016 (3 years).

She graduated from Government Medical College, Mysore, and obtained her master's in Obstetrics and Gynecology at the Grant Medical College Mumbai in 1995.  She was a Gold Medalist in the FCPS at Mumbai University. She then moved to the United Kingdom in 1997 and entered postgraduate training in the Welsh Deanery, during which time she obtained an MRCOG from the Royal College of Obstetricians and Gynecologists in 1999. She was awarded CCT in 2006 following which she was appointed as a Consultant at the Aneurin Bevan NHS Trust.  She was awarded the FRCOG in 2011 for her contribution to the field of OBGY. In the UK, she received Royal College-certified training in Laparoscopic and Hysteroscopic surgery, Transvaginal ultrasound training, and Urogynecology. She has since then added VNOTEs ( Scarless surgery) & Cosmetic Gynaecological surgery to her expertise.

During her appointment as a Consultant in the UK, she was a Joint Lead Clinician/Preceptor for Minimal Access Surgery and Emergency gynecology. She was also the Chair of the Guideline Committee at Aneurin Bevan Trust and the Head of Research and Development for the department. Dr. Usha Kiran has more than 20 years of experience in the field of Gynecology and is a Level 3 Minimal Access surgeon who has performed innumerable Keyholes (Laparoscopic & Hysteroscopic) surgeries such as removal of fibroids, ovarian cysts, and uterus for very large-sized uterus.

She is the First  Gynaecologist who has introduced VNOTEs (Scarless surgery) in the UAE. She is competent in performing complicated high-risk surgeries such as grade 4 endometriosis and is sought frequently for second opinions in such cases in Dubai. She also has been very active in research and has presented more than 100 presentations at international conferences and published a large number of articles in internationally acclaimed peer-reviewed journals. While she was in the UK, she taught students from Cardiff University (as Honorary Tutor) and Welsh Postgraduate Deanery, and while in India, taught undergraduate and postgraduate students from Grant Medical College and was recognized as a UG/PG teacher from the Mumbai University. She is multi-linguistic and speaks English, Hindi, Urdu Marathi, Malayalam & Kannada.