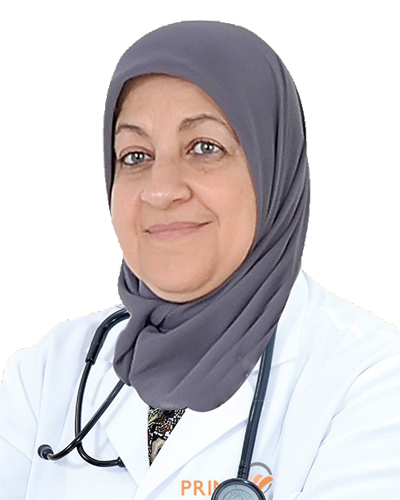 Dr. Azza Ghazalan has been practicing her profession for more than 22 years. After graduating from Alexandria University in 1986, she enrolled in a post-graduate course at Cairo University. She had her cardiology training at the National Heart Institute until 2004. Within that period, Dr. Azza obtained her master’s degree in Cardiovascular Disease from Cairo University in 1996 and became a Fellow of the Egyptian Board of Cardiology in 2007. Dr. Azza has been working in various UAE hospitals and clinics for 14 years since moving to the country in 2004.

-       she was inspired by his father to join the profession.

-       Listening to music and watching classic movies and animated shorts.

-       He believes that one should never carry their home problems to work and the other way around as well.

“To continuously update personal knowledge and skills for the treatment of patients to the highest standards.”

-       When she helps cure patients considered as hopeless cases, back to full health.

●      Enrolled in a post-graduate course at Cairo University

●      Received cardiology training at the National Heart Institute until 2004

●      Fellow of the Egyptian Board of Cardiology

●      Worked at various hospitals and clinics in the UAE