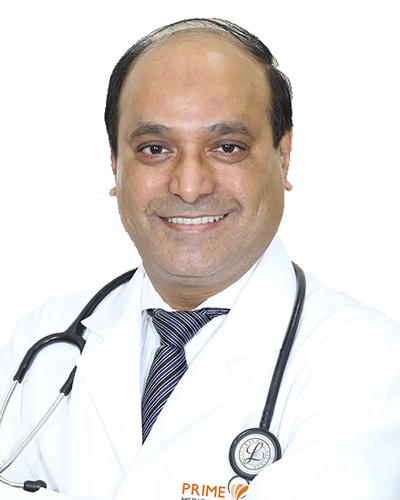 Dr. Reyaz has over 25 years of experience in Internal Medicine. He has worked as a Junior Resident for the degree of Doctor of Medicine in Darbhanga Medical College, Darbhanga (DMCH), India. DMCH is a large teaching hospital and Tertiary Referral Unit of almost 1500 capacity. He has thoroughly enjoyed his work there. He has worked in the emergency department, I.C.U., CCU, H.D.U., O.P.D., and medical wards on a rotation basis. He has worked as a clinical attachment in a geriatric hospital, Blackburn (U.K.) He is a member of the Royal College of Physicians, U.K., and Ireland. He has a postgraduate diploma in diabetes from Leicester University (U.K.). He has a diploma in diabetes management from Harvard medical school, U.S.A. He was awarded a fellowship from the Royal College of Physicians of Edinburgh.

He has conducted research and wrote a thesis titled “Observation on alcohol consumption and its effect on lipid profile and risk of I.H.D. in Indian people” for the degree of Doctor of Medicine. He has thoroughly enjoyed his previous appointments at SFP, Abha, Saudi Arabia as an internist. His posting as an Internist in J.C.I. accredited hospital in Dubai has provided him with vast and varied exposure in internal medicine in the U.A.E. He has a special interest in Diabetes, Hypertension, Hyperlipidemia.